When closing an alert, don't remove it from the case.

When closing an alert, don't remove it from the case. 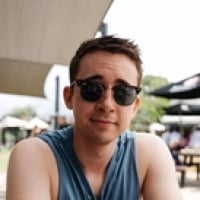 Siemplify does a great job of correlating alerts into cases, and is crucial in some instances to gaining the "bigger picture" context and understand what happened during an incident or set of events. Its alert grouping functionality is also greatly valuable in its ability to reduce analyst workload; Rather than actioning several alerts grouping them into one case to be actioned as one.

When you close an alert in a case of several, that alert disappears from the case it was grouped into, instead being moved into its own case.

There are several downsides to this approach, I'll do my best to outline our perspective on some of these.

(For these examples let's assume we have two cases:

Case A has several alerts grouped together.

When I close an alert in Case A, it gets moved to Case B and closed immediately.)

Loss of context. (This is the biggest issue we face)

Siemplify ROI stats are somewhat impacted by itself.

A better solution (in our opinion):

It would be much more valuable if Siemplify "greyed out" alerts that have been closed so that they're out of the way, without removing them from the context of the original case.

I'm not sure what would be the best way to represent this, but the idea we've come up with would be some way of labelling the alerts in each case with their status, if they are closed.

This could be done by making them a different colour perhaps, or using an icon to identify when the alert has been closed. You could then have a filter option to show or hide closed alerts within a case.

Keen to hear others thoughts.